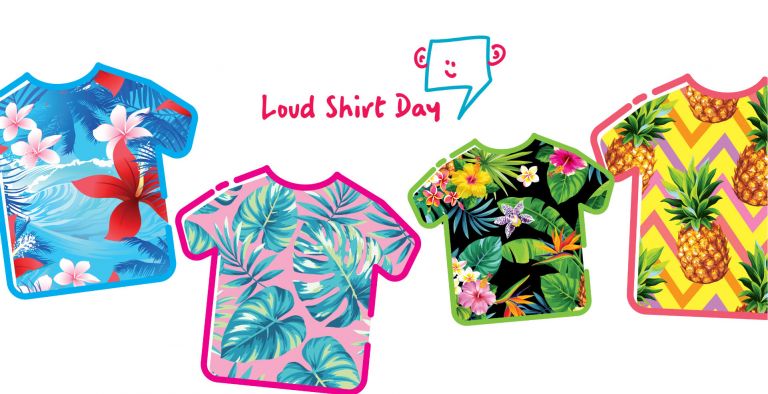 Wear a loud shirt and help raise funds for children with hearing loss.

Hear from previous ambassadors about why they’re wearing their loudest shirts in October, and get some ideas for your own fundraising! 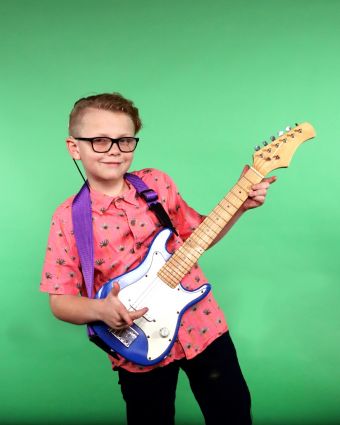 Eamon, as well as his brother Kaelan, was born profoundly deaf. This was traumatic and heartbreaking for his parents, but cochlear implants helped both boys overcome their hearing loss. Then, in 2018 (when the boys were 5 and 3 respectively), they had genetic testing done and were told that the little boys have Ushers Syndrome type 1D. This means that they are born deaf and will gradually lose their eyesight due to Retinitis Pigmentosa.

As an infant, Eamon had delayed developmental milestones and balance issues which we know now are linked to Ushers Syndrome. He only sat at around 9 months old and walked unaided at 18 months. He still battles with his balance and this is made worse by his deteriorating eyesight. In a normal classroom environment, he tires faster than his peers because he really must concentrate to hear in a noisy environment. He does, however, always put 110% into whatever he does, he never gives up, and has a quirky personality that makes everyone fond of him.

As a family, the Doak’s prefer to concentrate on Eamon’s abilities instead of his disabilities. Eamon really wants to be a pilot, so they supported this by taking him to flight simulator sessions. Eamon himself does not consider himself any different to other kids in his class and lives his life to the full.

Diagnosed with asymmetrical mild to moderate hearing loss at birth, Emily has been supported by Telethon Speech and Hearing’s Outpost school support program since she was eight years old. The only program of its kind in Australia, Outpost provides students with hearing loss the opportunity to access the same education options as their mainstream peers while being supported in areas such as language, speech, listening and social and emotional development.

Emily is now 8 years old, in Year 3 at Newman College. She is cheeky, confident and very sociable. In her free time, she enjoys playing with her dog, Happy, and making new friends. 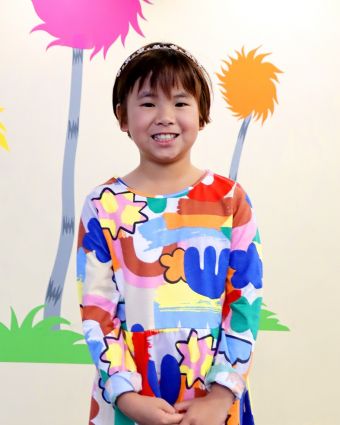 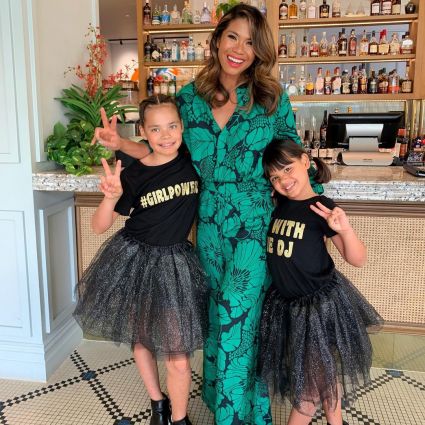 Spinning records since early 2000s in London, DJ F.A.D.J. (aka Claire O’Shea), Claire is often found behind the decks of Perth’s high profile events, and has played for the likes of Katy Perry, Professor Jimmy Choo OBE, Swarovski, Ferrari and more.

Though Claire’s influence extends well beyond the decks. Committed to harnessing the power of music to connect and empower, and armed with skills gained in her previous career in commercial and PR worlds, Claire built on the success of F.A.D.J to create a business focused on supporting aspiring female DJs – House of F.A.D.J.

House of F.A.D.J was further developed in 2021 with the launch of an online DJ school. Focused on providing aspiring female DJs with skills both on and beyond the decks, the program provides participants with a solid foundation across DJ techniques, marketing and business basics from which to establish their own foothold in the music industry.

Claire is delighted to bring her passion for music, and appreciation for the impact that it can have on people’s life, to her role as Ambassador for Telethon Speech and Hearing. Through her Ambassadorship, Claire hopes that her understanding and joy of music can help inspire, connect, support and empower children on their own, unique journey. 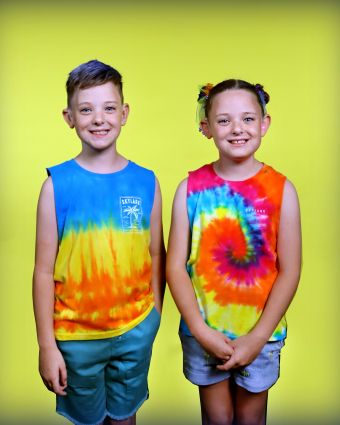 Evie and Lilla showed the first signs of hearing loss during their newborn hearing screenings at 36 weeks of age. They were diagnosed with bilateral moderate to severe sensorineural hearing loss, and by 42 weeks, Evie and Lilla were fitted with their very first hearing aids.

With no history of hearing loss in the family, the world suddenly felt unknown but Telethon Speech & Hearing supported, educated and connected Evie, Lilla and their parents with other families sharing similar hearing loss experiences.

At age 3, despite hitting all their milestones, it became apparent that hearing aids may not provide adequate access to sound in a busy school environment. So, with the support of the incredible CHIP team at Perth Children’s Hospital Evie and Lilla each received a cochlear implant in their right ear.

Now aged 8, Evie and Lilla are in control of their own listening. At school, Evie and Lilla benefit from being supported by Telethon Speech & Hearing’s Outpost program. With staff integrated within their mainstream school, both girls receive weekly therapy sessions with a Speech and Occupational therapist, and a dedicated Teacher of the Deaf while learning alongside their normal hearing friends. This was an immense level of support as they transitioned into school and into a new level of hearing. To this day they look forward to their sessions and have a special bond with the people who support them.

Please ring Telethon Speech & Hearing’s Loud Shirt Day team on (08) 9387 9888 or email us and we can assist you to make this a really LOUD event!