“I can now hear cars driving down the street. I can also hear dogs and cats in the neighbourhood, people talking from room to room and so much more.” 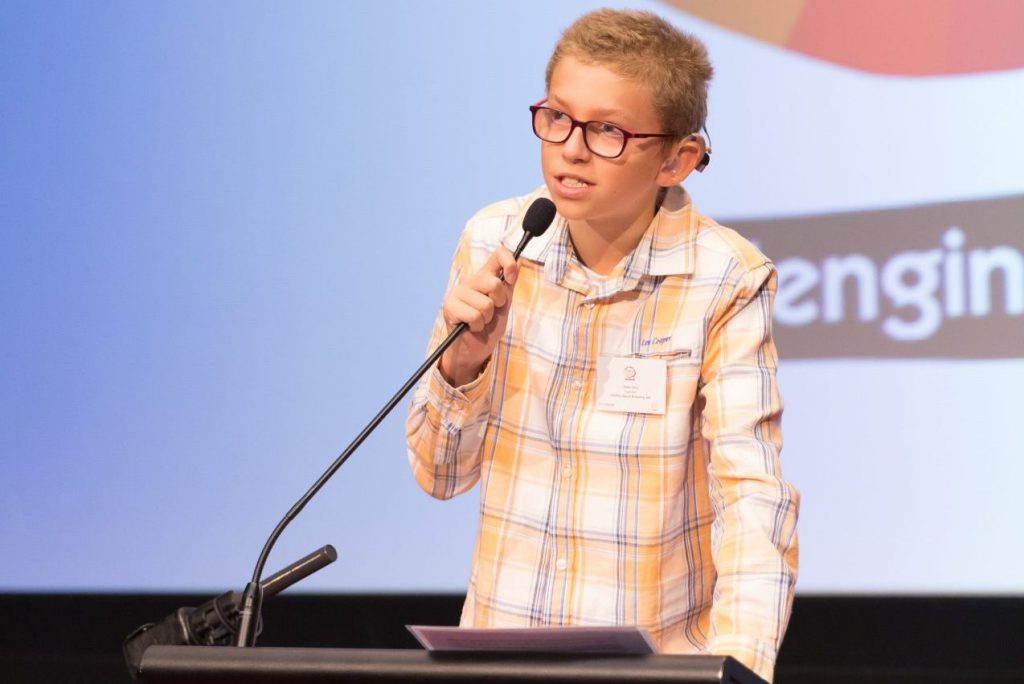 Today’s highlighted story is from Owen Johns, a current student of TSH who spoke at Parliment House in Canberra earlier this year.

When my parents found out I was hearing impaired as a baby, I started speech therapy at Telethon Speech & Hearing.  They still support me at school today through the Outpost program which I’ve been a part of since 2010.

I received my cochlear implant at Princess Margaret Hospital, Perth in December 2014 and it was switched on just 2 days before Christmas day.  After the operation, I felt a bit dizzy and sick and had to wear a bandage on my head to protect the wound.  The doctors and nurses really looked after me though. 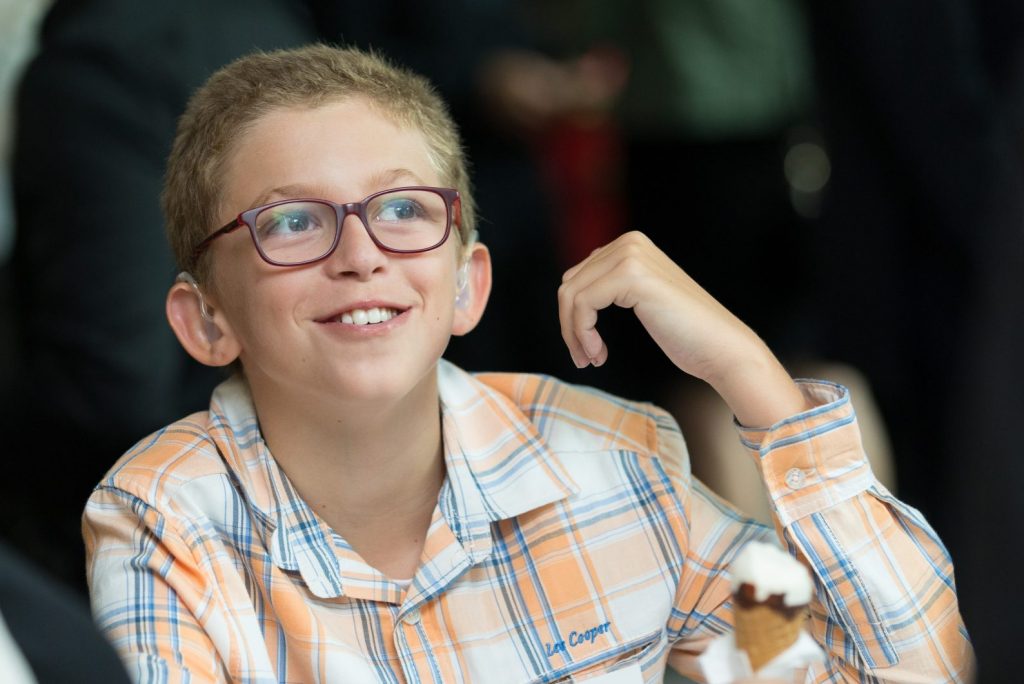 When they switched the cochlear on, everything sounded a bit robotic.  But as I wore it more and more the sound changed back to normal.

I can now hear cars driving down the street. I can also hear dogs and cats in the neighbourhood, people talking from room to room and so much more.

After participating in the Telethon Speech & Hearing 2016 Power of Speech event, I was selected to represent Western Australia in the national Power of Speech at Parliament House in Canberra. 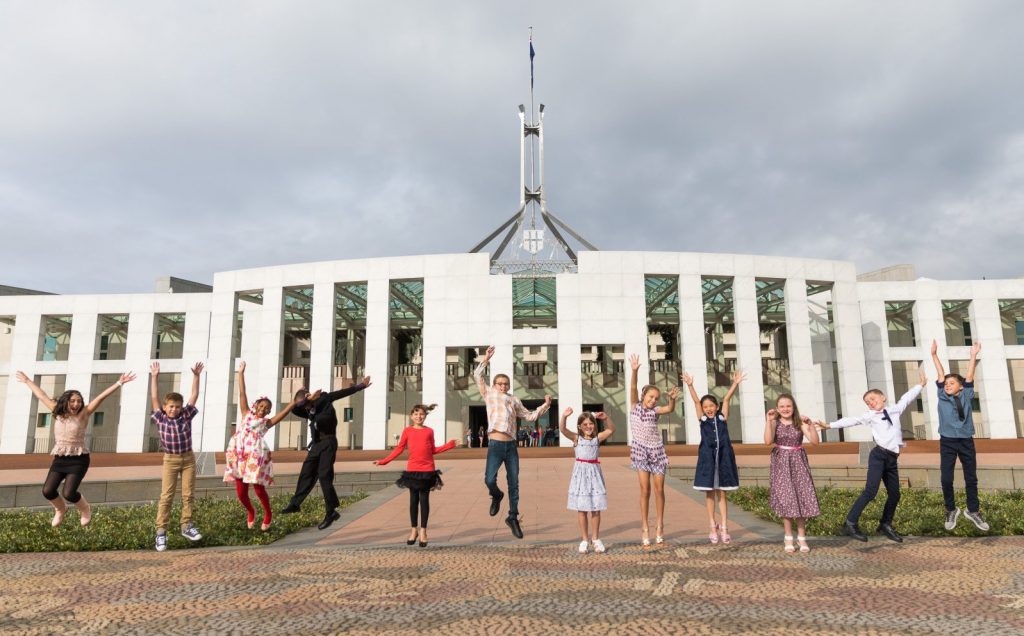 When I found out I was going to Canberra to speak in front of lots of people I was nervous.  I was going to talk about my aspirations for the future.  Then I got excited because I was going to get to tell everyone how I want to be a famous artist or cartoonist.  I especially love drawing and am always working on improving my drawings.

I also love playing with my friends, going to the movies and video games of course. One day I want to go to Hawaii.  I might like to have a family one day but I’d like to live with some of my friends first.

I feel so lucky that I was able to go to Canberra.  My family and I did lots of fun things like visit the botanical gardens, explore Old Parliament House and the amazing War Memorial which I will never forget. 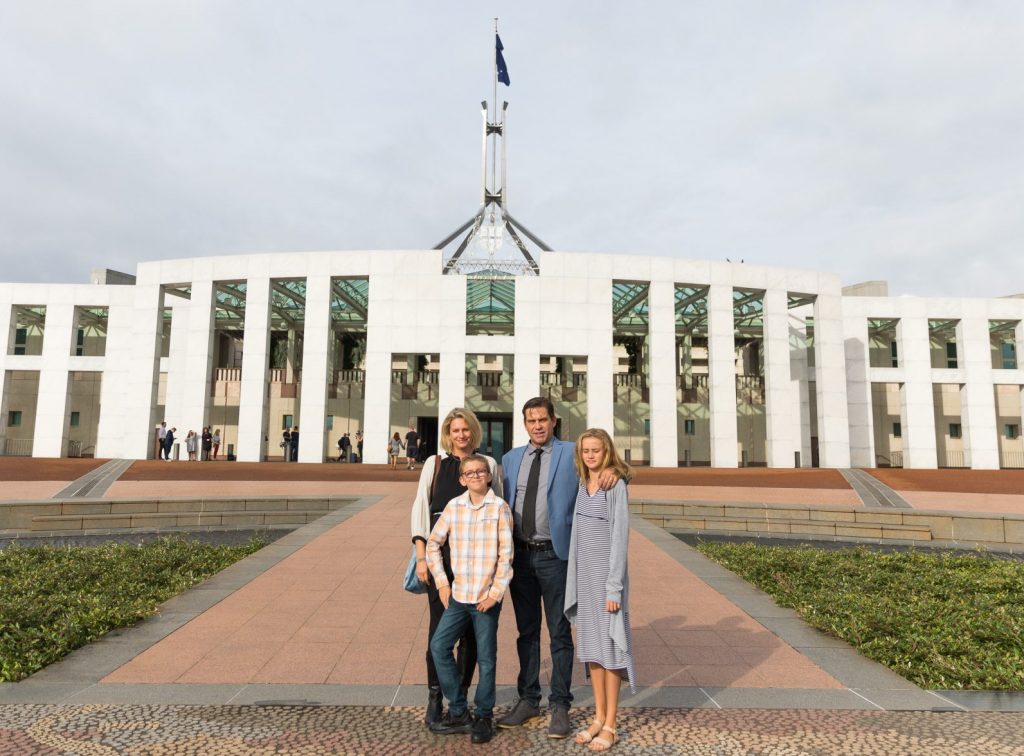 Video and photos courtesy of Serious Levity and 1106 Imagery.

Owen (11) is a current student of TSH’s School Support (Outpost) program and 1 of 12 deaf children from Australia and New Zealand invited to participate in the Power of Speech event.

Diagnosed with progressive hearing loss at age one, Owen is living proof that hearing loss is no barrier to achieving remarkable success in life. After receiving cochlear implants, early intervention therapy, and school support from Telethon Speech & Hearing, Owen is now a charming and energetic young talent who currently attends Newman College as part of our Outpost program.

About the Power of Speech Awards

The Power of Speech Awards is an annual public speaking event traditionally held at Australian Parliament House in Canberra each year. The event showcases the exceptional language skills of children who are enrolled in First Voice member centre’s early intervention programs across Australia and New Zealand.

This year’s event – which was attended by the Prime Minister the Hon Malcolm Turnball MP – was held at in the Parliament House Theatre on 21 March 2017.

Participating in one of two age categories (6-8 years or 9-12 years), all children deliver a three-minute prepared speech on a topic of their choice to an audience of parliamentarians, distinguished guests, families and friends.

Owen was 1 of 12 deaf children from Australia and New Zealand invited to participate in the Power of Speech event.