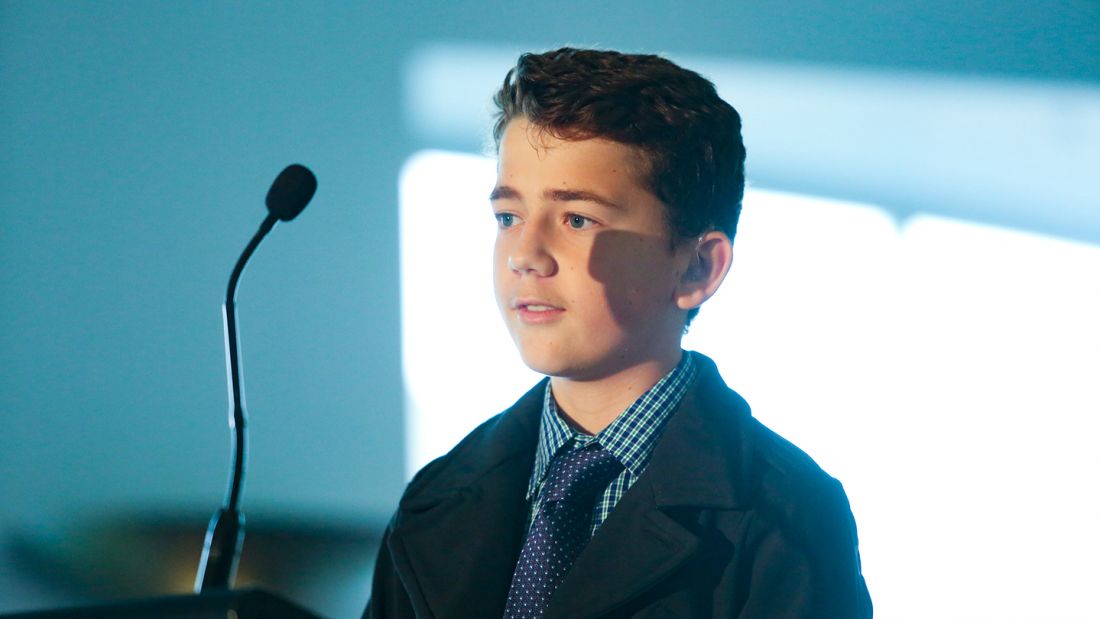 The 25th February 2020 is International Cochlear Implant Day which celebrates the life-changing impact of cochlear implants for people with profound hearing loss around the world.

TSH is proud to celebrate the achievements and aspirations of people with cochlear implants, including former TSH student Christopher Turner. Christopher was chosen to speak at Parliament House on the topic of ‘assuring the future for people with hearing loss’. Below is a personal recount from Chris about his experience in Canberra: 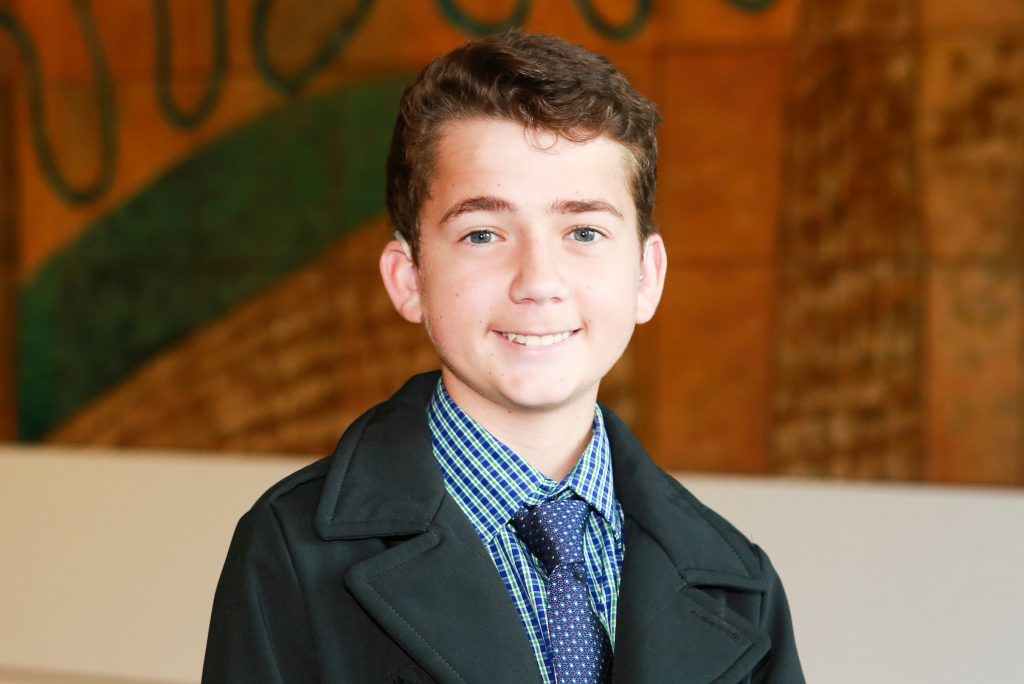 When I arrived in Canberra I was nervous as there was a big day the following day. I kept telling myself that it’s going to be alright and I’m going to have a complete blast at Parliament House, which I did!

We arrived too late for the dinner on the night before the event, but luckily most of the people were still there when we arrived we got to talk to them. The other speakers were nice and it made me feel a lot better about the big event.

They all were very different but they all showed that us hearing impaired kids can be like anyone else in their own respected ways. I knew we were going to send a strong message to the politicians about what it was like being deaf. 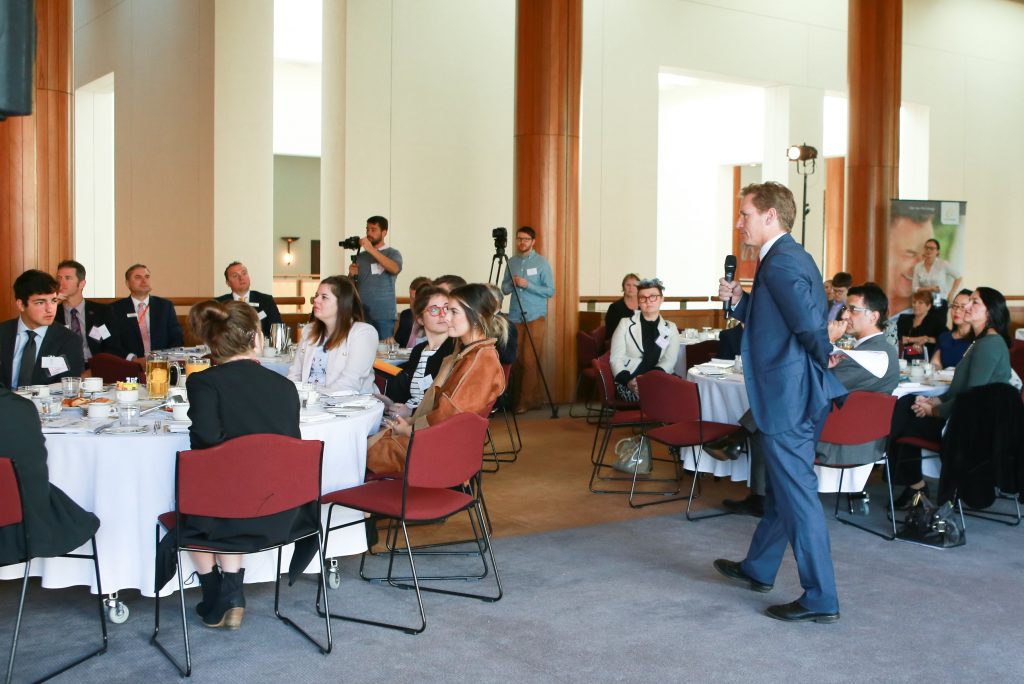 Once the dinner was over I went to my hotel room and revised my speech a couple of times as if I were actually presenting it, and so I felt much more confident.

The following morning my family all got ready and we set off to Parliament House, where we met a few of the other speakers and visitors. such as the representatives of Cochlear and The Shepherd Centre. As we arrived at the designated area for the presentation and I went towards my table where I was to sit with the other speakers and politicians, I started to feel very nervous.

When I was welcomed up to the stage to present my speech, all of my confidence went away and I become very nervous. It hit me that this was the moment! I don’t remember anything from my presentation. It seemed like it lasted a second, when in reality it was actually three minutes. 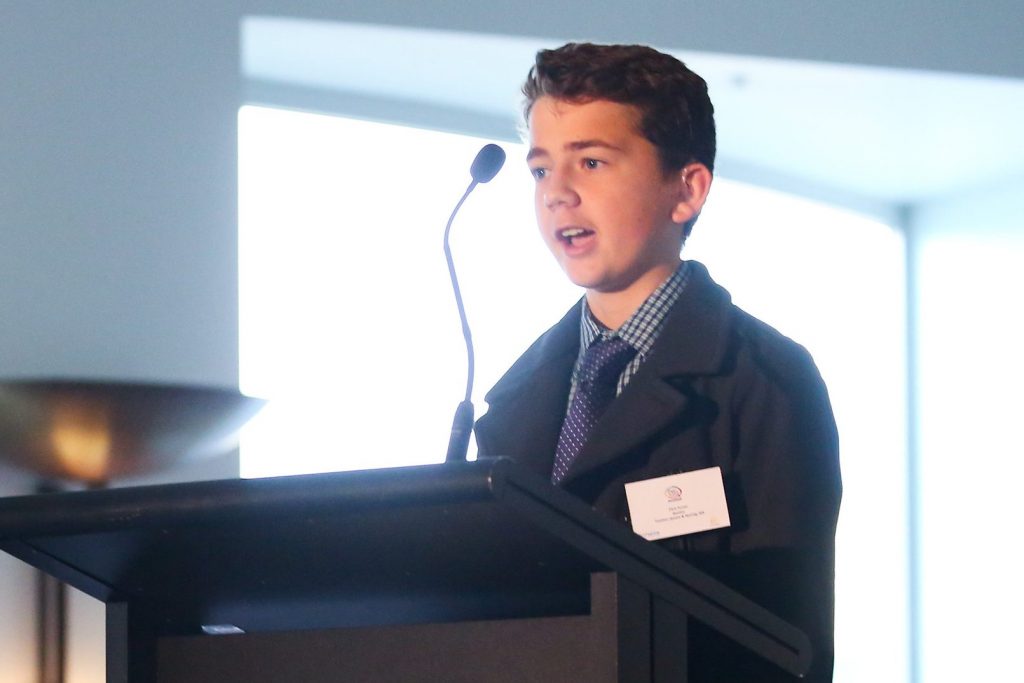 Listening to the other speakers, who were all much older than me, was quite inspiring to say the least. The speakers were all well-spoken and obviously put in a lot of thought and consideration into their speeches.

Following the speeches I asked a question to the panel of three politicians about why support for hearing impaired kids isn’t more of a national priority. We all took turns in asking our questions to the panel and all received very insightful responses back, although they didn’t address the question all the time with their reply. 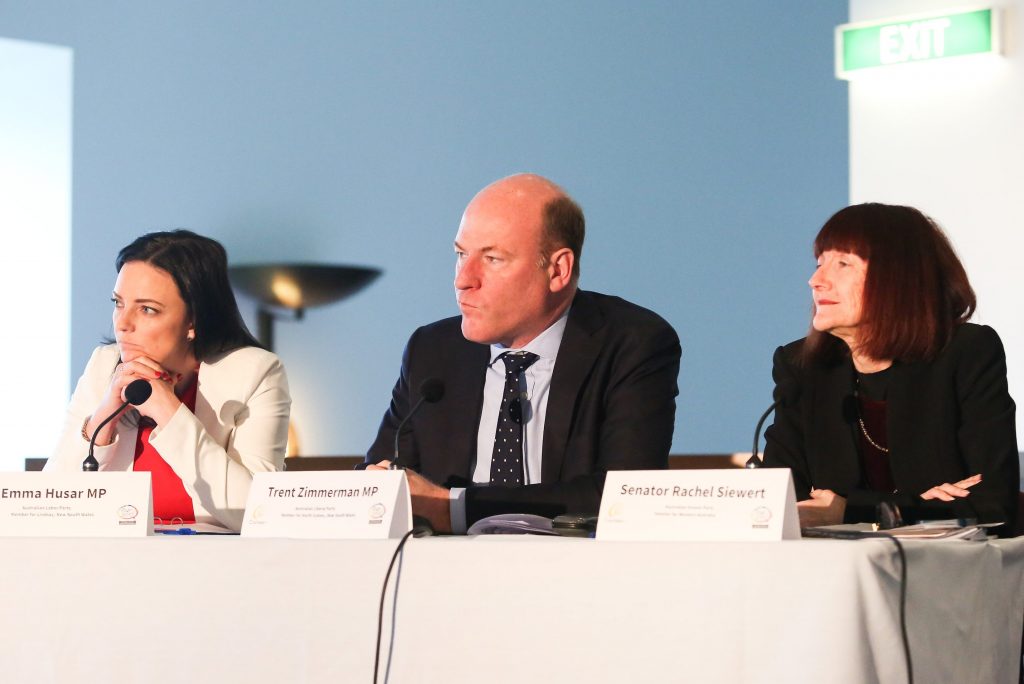 The last part of the event was a breakfast, which was delicious. Once the event was over everyone stayed for a chat. Everyone congratulated me for how well I did my speech, which was very kind of them because I was uncertain if I had done a good job. It definitely did make me feel better.

I enjoyed being with the other hearing impaired people because of all we go through together, and it pained me a bit that we had to say goodbye because we all live in different places.

After the event I spent some time visiting my grandparents. All in all, I thoroughly enjoyed going to Parliament House and having this extraordinary opportunity. I am very grateful for everyone who has given me support and especially those at Telethon Speech & Hearing who gave me this opportunity. 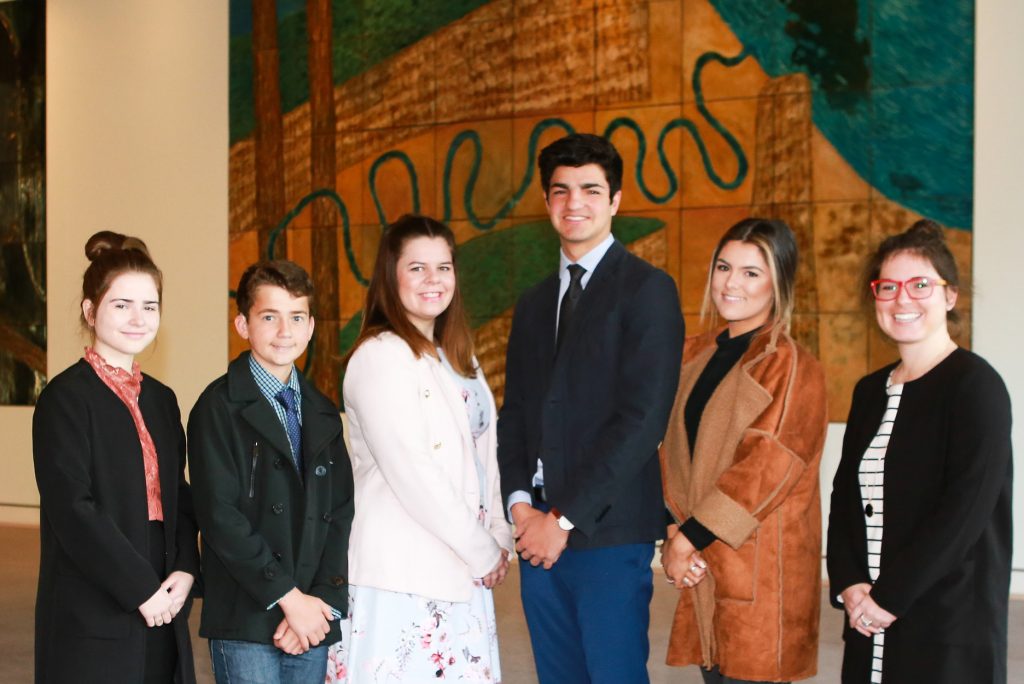 Young adults from First Voice centres, invited to participate in the Power of Speech event.

Christopher is a former student of TSH’s School Support (Outpost) program at Aquinas College. He was 1 of 6 young adults from across Australia and New Zealand invited to participate in the 2017 Power of Speech event.

Diagnosed with severe and profound hearing loss at 17 months, Chris is living proof that hearing loss is no barrier to achieving remarkable success in life. After receiving cochlear implants, early intervention therapy, and school support from Telethon Speech & Hearing, Chris is an avid soccer player and is very good in the sporting and academic fields.

About the Power of Speech

This Q&A styled event focused on fostering positive discussions on issues facing Australians with hearing loss both today and in the future and aimed to educate the government about the importance of providing continued support for people with hearing loss.