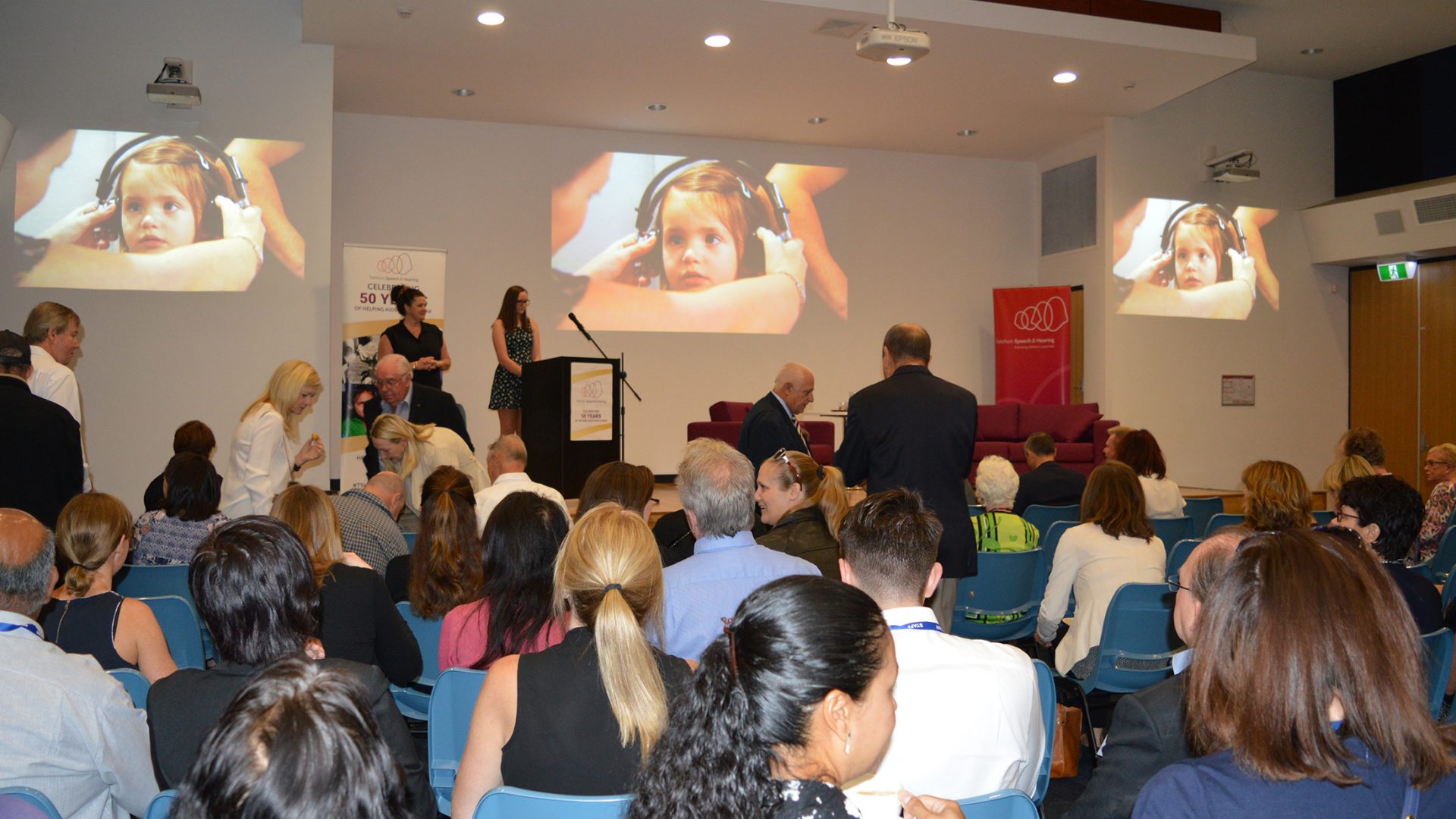 Celebrations Begin for Our 50th!

Today Telethon Speech & Hearing kicked off its year-long 50th year anniversary celebrations with a breakfast event at its main premises in Wembley. From its humble beginnings in 1967, the organisation has grown over the past 50 years, and supported thousands of children with hearing, speech and language impairments assisting them in reaching their full potential in life.

To help celebrate this milestone, founding parent Terry Crommelin and his daughter Jenny returned as honorary guests to share their story on stage.

Terry recounted his journey of being a parent to a profoundly deaf child, Jenny, and the steps he took as a father to create the best community possible for children with hearing loss in WA. He cited Jenny as his inspiration throughout those difficult early years when resources and support for deaf and hard of hearing children was limited.

Terry sat beside Sonia Siamos, mother of 7-year-old Ronan, who currently receives support from Telethon Speech & Hearing as part of its speech and language (Talkabout) program. Sonia retold her own journey as a parent of a child with speech and language difficulties, and relayed her struggles to find someone that listened and understood her concerns before discovering Telethon Speech & Hearing.

Deputy Premier Cook spoke of the importance of early intervention for children with hearing, speech and language impairments, and how it was critical for social, academic, and employment success for children later in life. He also praised the Mobile Ear Health buses run by Telethon Speech & Hearing, which are no longer able to run due to funding difficulties.

Other notable guests who attended this morning’s event included Steve Mummery of Channel 7 Telethon Trust, and TSH Board of Directors including Chairman, Professor Gary Martin.

Visit our Facebook page for more photos from our event.

UPDATE: The full video of our morning’s celebrations is now available! Click the play button below to watch now: