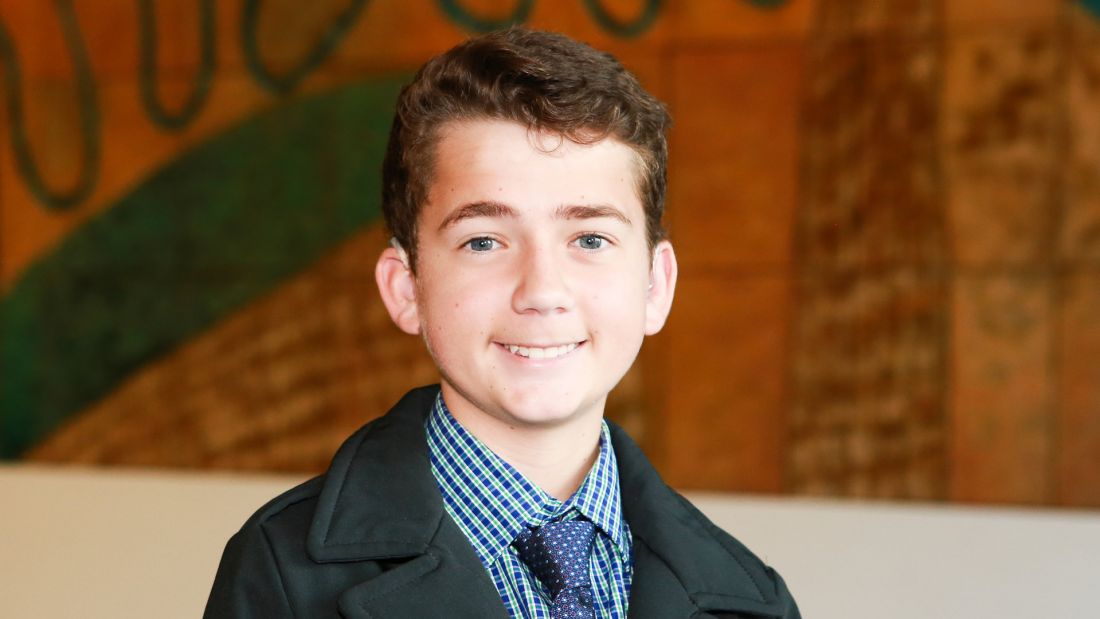 Addressing a panel of politicians including Trent Zimmerman MP, Emma Husar MP and Senator Rachel Siewert, Chris stood confidently up on stage and spoke powerfully on the topic ‘assuring the future for people with hearing loss’ in a Q&A style breakfast organised by First Voice.

Chris was one of six young adults with hearing loss from Australia and New Zealand invited to participate in the Power of Speech Q&A event in Canberra. Currently enrolled in the Telethon Speech & Hearing School Support (Outpost) program at Aquinas College, Chris has lived with hearing loss since first diagnosed at 17 months of age.

Chris presented a speech about growing up with hearing loss and the obstacles he faces day-to-day including class activities, playing sport and making friends:

“One thing I find hard at school is following along in class videos, it’s weird because my peers are just sitting around me scribbling down notes and I’m just there struggling to pick up what they were saying,” said Chris during his speech.

“It would be great if all videos shown at school had compulsory captioning.”

Chris continued to speak about living with cochlear implants, the challenges he has overcome and the obstacles he will face in the future.
“Six years ago my family moved to Perth and things changed. I enrolled in a school called Telethon Speech & Hearing and life improved and gradually since then my school days, I have to admit, have started to brighten.”

“Making friends is important, for a long time all I wanted was to understand and talk to friends like everyone else. I’ve always been lacking in this process but now, thanks to hearing technology, I can listen to my friends in class, I can now socialise.”

“…with the assistance of my hearing technology, I have been able to unlock my full potential in all aspects of school.”