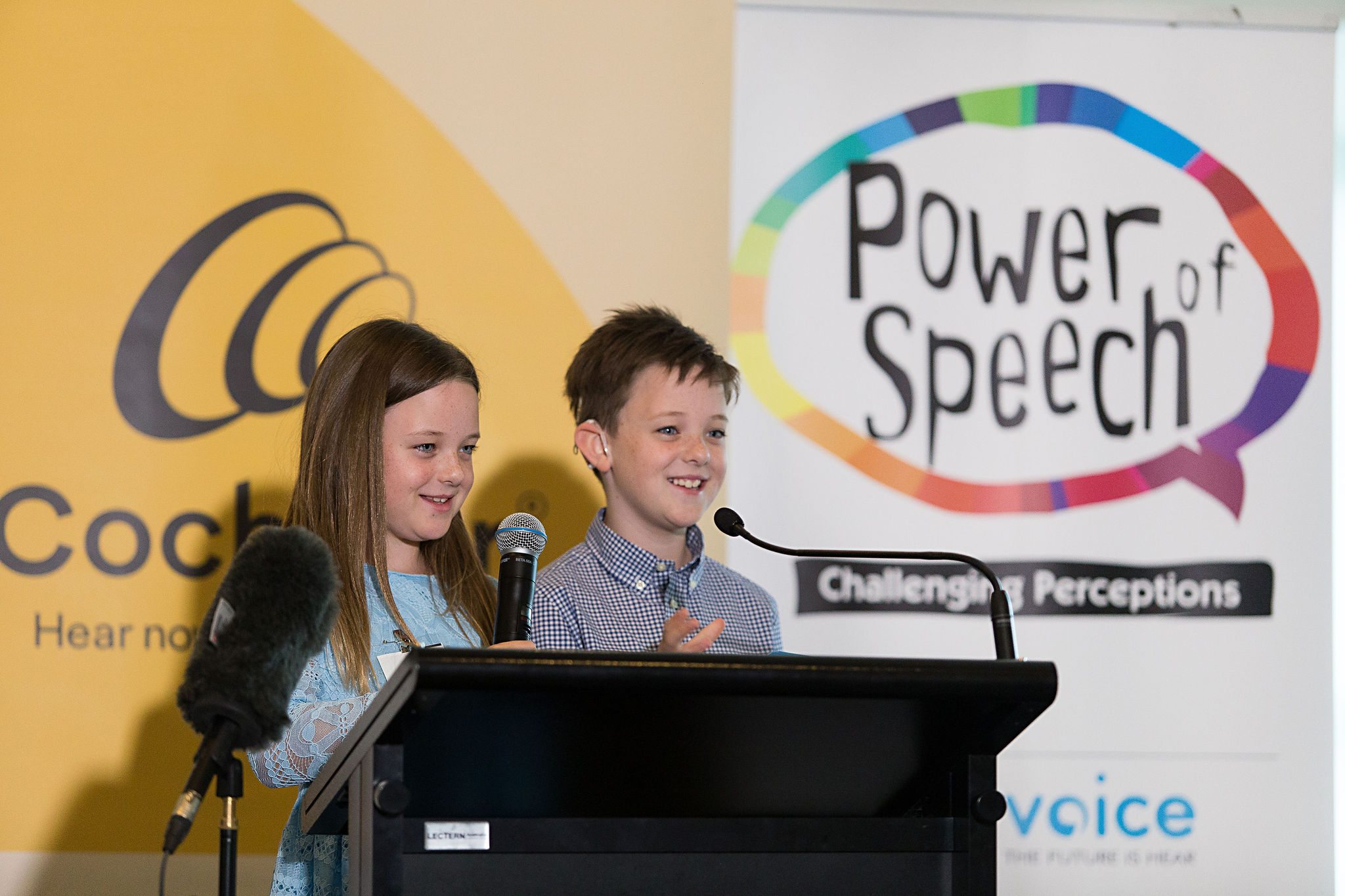 Power of Speech in Canberra

First Voice is excited to announce the return of ‘Power of Speech’, an event which showcases the amazing achievements of children who are deaf and use spoken language to communicate, challenging the perceptions of what children with hearing loss can achieve. The Power of Speech is set to take place on 8 September 2022 at the Australian Parliament House in Canberra.

As part of the event, seven children between the ages of 7-8 from First Voice member organisations around Australia and New Zealand, who have received cochlear implants, will take to the centre stage. The children will present short speeches to key policymakers around this year’s theme, ‘Connections’, proving that deafness is not a barrier to human connections and how early intervention support and cochlear implants have been helping them reach their full potential. These inspiring children will also share with politicians how they defy commonly held misconceptions about growing up with a hearing loss.

Eight-year-old twins, Evie and Lilla Harmsworth will speak on behalf of Western Australia and Telethon Speech & Hearing. Evie and Lilla were diagnosed with bilateral moderate to severe sensorineural hearing loss; just two weeks before they started kindergarten, the girls’ cochlear implants were switched on. They are bright, sociable and confident and are determined not to miss a sound in their very active lives.

“We are delighted to announce the official date for the Power of Speech, an event that allows children who have hearing loss and who hear the world through their cochlear implant to share their stories and experiences with politicians. It gives attendees the chance to hear first-hand the integral role that the services provided by the members of First Voice play in the lives of those with hearing loss,” says Jim Hungerford, Chair of First Voice.

First Voice is the regional voice for member organisations that provide listening and spoken language early intervention services for children who are deaf or hearing impaired. First Voice advocates for world-class early intervention services that give deaf children the listening and spoken language skills necessary to achieve mainstream education, employment of choice and social integration within the hearing world. Its members include some of the largest, oldest and most respected centres providing services for childhood hearing loss in the world. Click here to view our member and affiliated organisations.