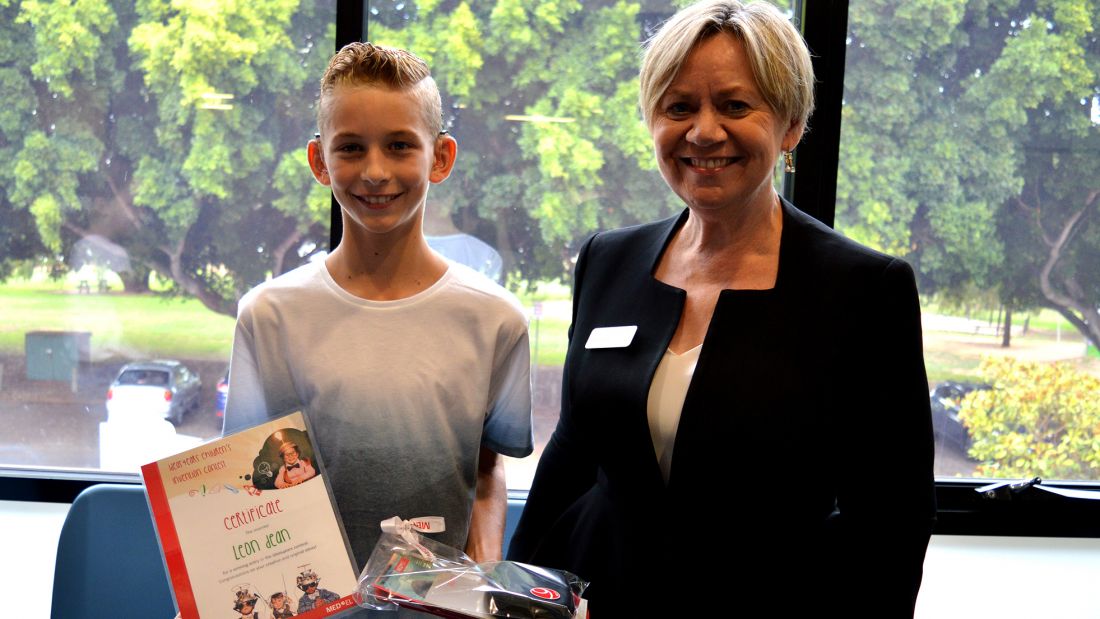 Nine-year-old TSH Outpost student, Leon Dean, has been named as the first and only Australian child to win MED-EL’s annual global invention competition “Ideas for Ears’.

Leon’s winning entry was a video and drawing of a Bluetooth watch that was able to communicate with hearing implants and change them to various custom settings, such as reducing wind noise when outdoors.

Of its many well thought out features was a “Device Locator” app to help find lost processors easily, and a “Wakey Wakey” function which is a “vibrating, flashing alarm to wake you up, but also has a setting that turns your cochlear volume up slowly over 5 minutes” so that users don’t experience sound shock.

“I came up with the idea from looking at Bluetooth watches and computer apps,” Leon said.

“I thought I could invent a watch that connects to hearing aids or cochlear implants. It would display apps that could be customised to each individual’s needs.

“This would make every day easier for people with hearing loss.”

As his prize, Leon will be flying off to MED-EL’s Headquarters in Austria, along with eight other international winners, later in the year. He will get to meet the engineers and scientists behind the life-changing technology that helps him hear, including the original inventors and pioneers of MED-EL cochlear implants, Ingeborg and Erwin Hochmair.

On Thursday March 7 a celebration was held for Leon at Telethon Speech & Hearing where family, teaching staff, surgeon (ENT) and clinicians involved in supporting Leon’s hearing journey all attended.

On hearing the good news, Leon was at first a little speechless but later said, “I am very happy about winning the contest. I was so shocked that my idea won.”

“I’m so excited about going on a trip to the other side of the world and meeting the people that designed and made the implants I have,” he added.

“It is really amazing that one day my idea might be able to help people with hearing loss like me.”

In the lead up to and during the the winners´ trip, the children along with their parent/guardian will be capturing and sharing their journey on social media using the hashtag #ideas4ears and it will also be featured on the ideas4ears Facebook page.