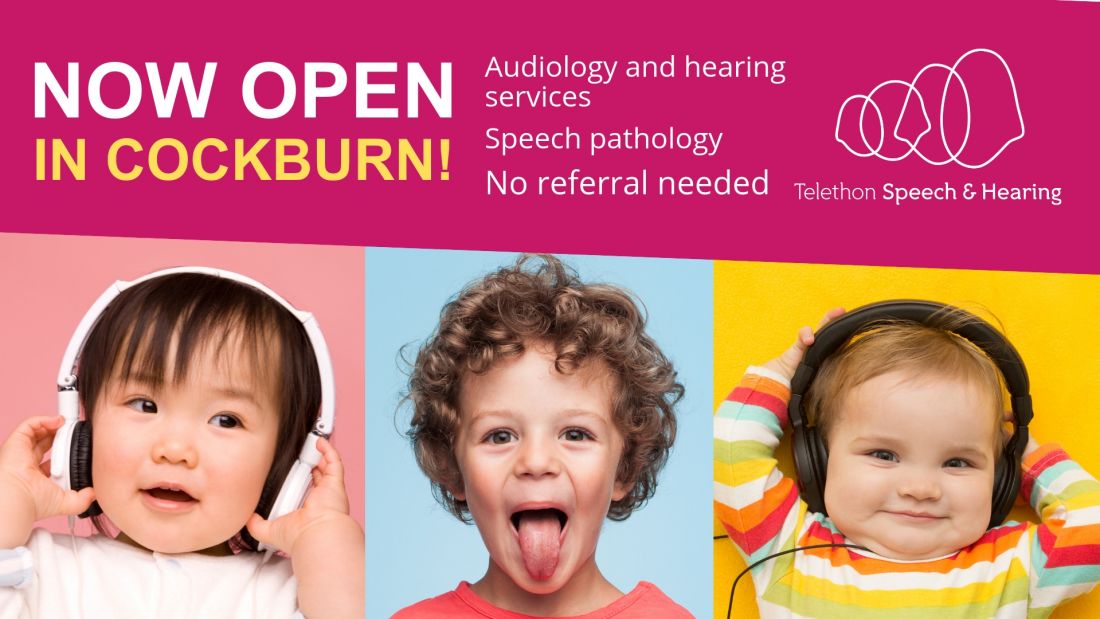 Visit us in Cockburn and Wembley

Telethon Speech & Hearing (TSH) will now be supporting the southern suburbs of Perth, with the launch of their audiology booth and speech pathology services that will enable them to see children of all ages at the Cockburn Integrated Health Centre.

Previously, TSH only offered in-house services including audiology and speech pathology from their school in Wembley where the not-for-profit charity has been based for over 50 years.

To help raise awareness for the audiology services which are now available for the whole community, from ages 6 months and beyond, local Piara Waters mother and influencer Breeahn Carter (The Aussie Mummy) has joined TSH as an ambassador for the clinic’s launch.

“We live in such a growing area that’s full of young families and it’s so reassuring to know that we now have the services of TSH at our doorstep. We hear so many stories of hearing loss and speech and language delays in young children and often as mothers we don’t know who to call or where to go. There are also a lot of people in our community who are waiting to access audiology support for their children, sometimes up to a year. I feel comforted knowing that my child can be seen within 2 weeks by a paediatric audiologist.” Ms Carter said.

CEO of TSH, Mark Fitzpatrick said the extension of TSH services to the southern areas of Perth was only possible with the support of the City of Cockburn and the Cockburn Integrated Health Centre itself. The registered charity recently received a community grant from the City of Cockburn to support the establishment of the audiology booth.

“We had been looking at ways to expand our audiology services, to support children and families of all ages in Cockburn and the surrounding suburbs. By working with the Cockburn Integrated Health Centre we can provide much needed support for families in the local area,” Fitzpatrick said.

The audiology for families and speech pathology services for children will be available from TSH at the Cockburn Integrated Health Centre.

How to make a booking: